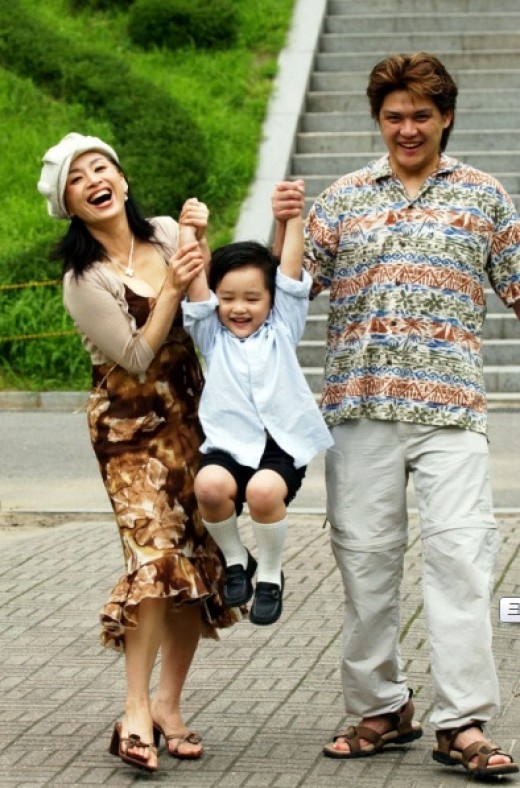 Actress Park Hae Mi will be introducing her first son on public broadcast for the very first time.

Park Hae Mi was a guest star in this week’s recording of SBS TV’s “Bae Ki Wan, Choi Young Ah and Cho Hyung Ki’s Good Morning”, where she brought along her 23 year old son to talk about her past family hardships.

During the recording, Park Hae Mi shared a heartbreaking story about her son being only six years old when she divorced her previous husband, and being forced to live separately from her son as she was not given custody privileges for her child.

Whenever she missed her son, she would stand in front of his elementary school and look at him from afar as she didn’t want him to know of her presence. Park Hae Mi also expressed how touched she was when her first son volunteered to be the tutor of her second son, to whom she gave birth to after her re-marriage.

“I’m always sorry for not being there for my son during his growth period,” said Park Hae Mi.

The full broadcast is scheduled to air on September 1.

Park Hae Mi
How does this article make you feel?