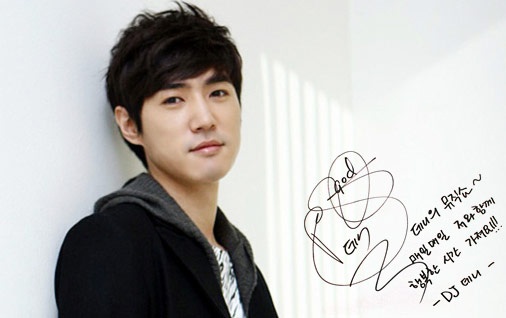 Danny Ahn is Glad that Jajangmyeon Became an Official Word

On August 31, during “Danny’s Music Show” on KBS Cool FM, during his opening comment, DJ Danny Ahn said, “Finally ‘Jajangmyeon‘ is recognized as an official word.”

Before playing the radio program’s first song, “To My Mother” by g.o.d., Danny Ahn continued, “The word ‘jajangmyeon’ is very important in the song. This lyric embodies the sorrow of a mother.”

“In the future, when I sing the lines ‘Mother said she hated jajangmyeon‘, I am going to emphasize on the word ‘jajangmyeon’.” This comment showed how happy Danny Ahn must have been with the word’s newfound status, drawing much laughter from his fans.

Reactions from listeners included: “I burst out in laughter while listening to his program,” “If g.o.d. was to sing ‘To My Mother’ again,” “This is the official song for jajangmyeon,” “Now I know why the word sounded awkward when they sang the song – ‘cos it wasn’t an official word,”and “Danny Ahn shows his sense.”

Danny Ahn
g.o.d.
How does this article make you feel?