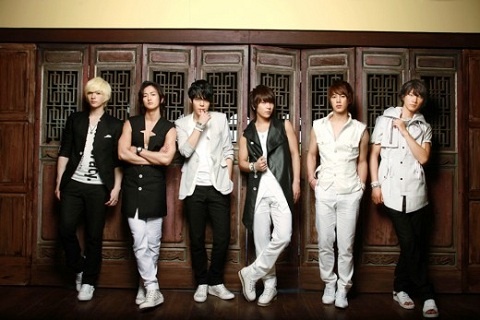 Male group Supernova (A.K.A Choshinsung) is heading towards Japan to hold a 11-city tour, a total of 15 tour dates in which they have already sold out for.

According to Maru Entertainment, Supernova’s agency, they claimed, “We’ll start in Sapporo and then the tour will lead into cities such as Tokyo, Yokohama, Nagoya, and others as Supernova was able to show off their popularity yet again when tickets sold out prior to the tour even beginning.” The company had said that over 35,000 seats were sold out.

Since 2008, Supernova has been taking over in Japan and rose as the title of Hallyu. They were able to rise to the top 6 on the Oricon charts with all 13 singles released up to this day.

According to one of the representatives of their company, “All the members are packed with schedules of promoting in Korea and Japan as well as their individual schedules. On top of that, they’ve been spending sleepless nights in devotion to practicing. All the members are expressing their anticipation for their upcoming grand tour.” The members are also taking part in how the concert will be set up.

They will start drifting into their individual promotion starting in October as Sung Jae was cast as the role of Han Sang Joon in the Japanese version of “200 Pounds Beauty.”

Sung Jae
Supernova
How does this article make you feel?