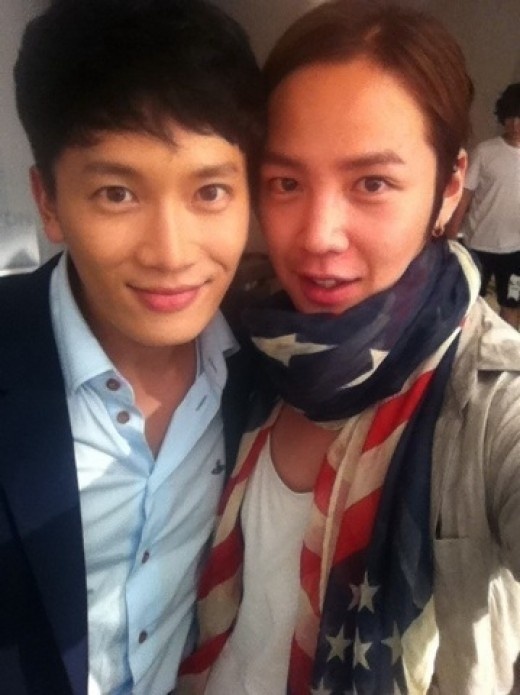 Jang Geun Suk Visits the Set of "Protect The Boss"

Actor Jang Geun Suk recently paid a visit to the set of the drama “Protect the Boss” bearing chicken for the cast and crew.

On August 30 at 11:30 P.M., Jang Geun Suk showed up at the Ilsan filming site of the drama which surprised everyone at the site. It turns out actor Ji Sung, who plays Cha Ji Heon in the drama, is like a good older brother to Jang.

Jang Geun Suk had a mini-reunion of the sorts with some of the staff members present who had previously worked with him in his 2009 drama, “You’re Beautiful.” He also met JYJ’s Jaejoong and asked “How are you doing these days?” and added “I’m watching your drama well.” Jaejoong also asked how Jang was and said “It’s been a long time since we met.”

Jang Geun Suk just wrapped up filming for his new drama, “You’re My Pet,” and will now concentrate on his upcoming film “Love Rain.”

Jaejoong
Jang Geun Suk
Ji Sung
Protect the Boss
How does this article make you feel?