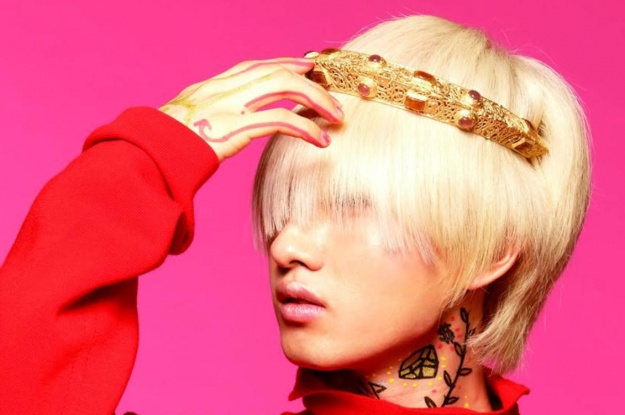 On today’s live broadcast of Sukira, Super Junior’s Eunhyuk made some comments about having a cosmetic surgery. He said: “Maybe I should consider going under comestic surgery….” to which Leeteuk asked him: “You want to compare your looks with Shindong‘s?” and Eunhyuk said: “No, but i think if i really do it, i will regret it anyway because my natural beauty will be gone”.

After his comment, Leeteuk made a really sincere meditation regarding human’s beauty. “I think the human being is strange. When you keep saying that you are pretty, you become pretty but if you keep saying you are ugly, you will be ugly” then, he praised Eunhyuk and referred to him as one who has pursued his dreams. “In the past, me and Donghae used to look at Eunhyuk and we saw that he pursued his dream and fought for it. We think he looks so cool on stage now”.

Eunhyuk
Leeteuk
Sukira
How does this article make you feel?