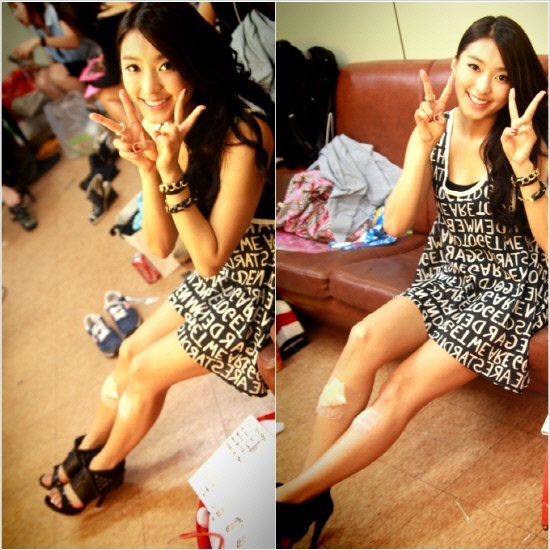 Bora who is a member of SISTAR shared her pain from the injury she received on her legs.

SISTAR who is currently promoting their official album “So Cool,” and singer songwriter Lee Seungyeol appeared on the Mnet’s “Beatle’s code” on September 1.

Bora who received her injury because of tripping over stage lighting spoke out on the broadcast saying, “I can’t get water on my legs so I’m in a situation where I am only able to wash the upper half of my body.”

Hyorin also spoke on behalf of Bora saying, “On the day Bora got injured, we returned to the door and she called for me to the bathroom, asking if I could help her wash her neck and back.”

On the show, Bora who earned the title of “neck and back idol” said, “The posture is difficult to maintain, when I am being bathed by somebody else” and “Now I sit on the bathroom with both legs propped up on the wall and wash my upper half, then wash my legs with a wet towel.”

Bora is currently promoting with bandages on her injury which is right above her shin.