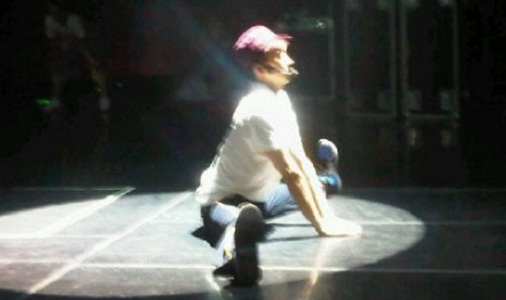 On September 2, Taecyeon released this photo after giving it a short title, “It’s Wooyoung” through his twitter account. In the photo, Wooyoung is trying his best to do splits at what looks to be some sort of event. Wearing a headset mic and the light on the stage, netizens are wondering where the photo was taken.

After viewing this photo, netizens posted comments such as, “He’s so flexible!” “Instead of being buff, he’s flexible,” “How do you become that flexible? Tell me your secret please,” and “You look so cute doing splits.”

Currently, 2PM is promoting their second Japanese single, “I’m Your Man,” that was released on August 18.

2PM
Taecyeon
Wooyoung
How does this article make you feel?