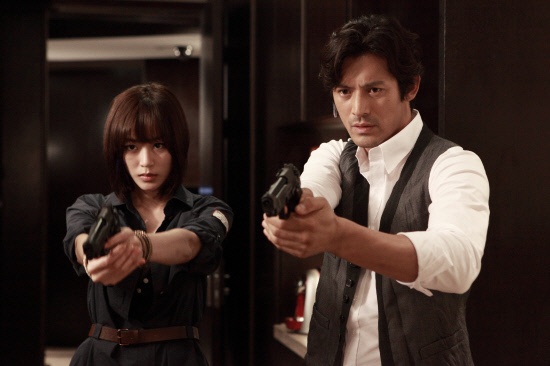 Actor Oh Ji Ho, most recently known for starring in “Chuno” shows his tough fighting form in the action scenes of the upcoming “Strangers 6,” a 22-episode drama jointly produced among Korea, Japan and China.

Stills of Oh in character have recently surfaced online. One still shows a fight scene shot in China. Oh reportedly completed his fight scenes himself and did not use a stand-in.

In the series, Oh plays Park Dae Hyun, one out of a team of six intelligence service agents from Korea, Japan and China under orders from their respective governments to maintain their joint economic zone.

The drama is slated for an early 2012 broadcast on MBC.