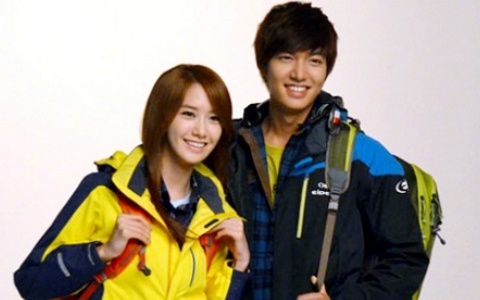 Eider revealed the preliminary results of their shoot on their website. The “Pre-launch CF” is a 25-second video showing the two in an attempt to climb a rock. The video also announces a “Film Open” on September 16, which indicates the possible reveal of the full CF as well as the unveiling of other advertising materials.

Lee and YoonA follow actors Chun Jung Myung and Jang Hyuk as ambassadors for the Eider brand. Lee is recently in the spotlight not only for the ratings success of his recently concluded drama but also for publicly admitting to dating his co-star Park Min Young. Meanwhile, YoonA is with her group SNSD and other label mates in Japan for a series of “SMTown Live in Tokyo” shows.

Lee Min Ho
YoonA
How does this article make you feel?