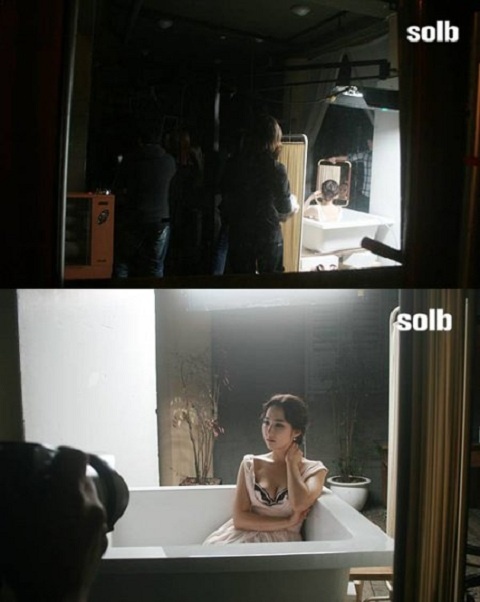 Actress Park Min Young’s photos of what seems to be a picture on set of a lingerie photo shoot is surfacing around the Internet. Originally revealed by one online community site, it is garnering the hot attention from those who have come across it. Recently, the behind-the-scenes photos of Park made its way around various online community sites. She is seen sitting in a bathtub and showing off her glamorous body.

The finished results of this photo shoot will be revealed at a later date. However, it is known that her shoot was for a brand called “Solb.” Those who came across the picture of the actress praised this image, making comments such as, “She looks innocent, yet glamorous” and “I’m jealous of those who were able to be on set of the photo shoot with her.”

Meanwhile, Park Min Young has recently wrapped up her hit drama “City Hunter” and revealed that she’s been taking things steady in her relationship with co-star of the drama Lee Minho.