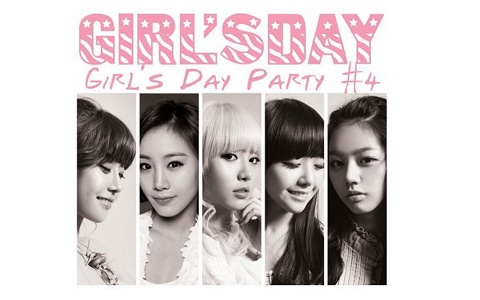 Girl’s Day is garnering attention for rising up to first on a music chart without the help of any promotions.

After being released on September 2, Girl’s Day’s new song “Don’t Let Your Eyes Wander” reached sixth on Melon, fourth on Soribada, sixth on Ole Music, and third on Bugs. Their song eventually made its way first on Bugs, pushing Davichi and Leessang out of their places.

Placing first this time was even more meaningful since this was achieved without the help of any broadcasting appearances. With the popularity “Don’t Let Your Eyes Wander” is receiving, this is the third hit in a row for Girl’s Day, following “Twinkle Twinkle” and “Hug Me Once.”

“Don’t Let Your Eyes Wander” is a song about a girl telling her boyfriend to not look at any other women. It contains the cute aegyo expressed in the song that can only be done by Girl’s Day as Jihae’s harmonic rap fits well with the five members’ harmony and melody.

Girl’s Day said, “We’re truly happy that the songs we’ve released this year is gaining lots of love from the public” and “We want to be able to show the hidden talents of the members in Girl’s Day.”

Currently, Girl’s Day is awaiting and preparing for their advancement in Japan at the end of September till October.