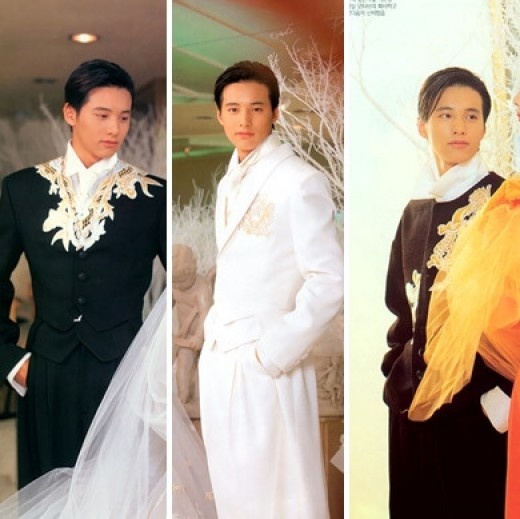 On September 1 a post titled, “Won Bin Was Very Tacky 13 Years Ago” was uploaded with a picture on an online community board.

The Won Bin inside the picture is seen with a tacky hairstyle and colorfully embroidered tuxedo. Although his style was tacky, his no difference appearance from now and 13 years ago attracted attention.

Netizens who saw Won Bin’s past picture responded with diverse comments such as, “Fashion is always completed with the face” “I think he looks better now, maybe skincare?” and “The clothes spoil the face.”