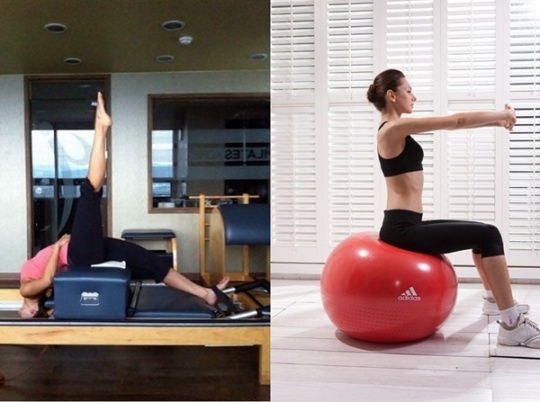 When KARA‘s Nicole first uploaded a picture of her training for the group’s “Step” comeback late last month, she and fans alike probably had no idea that such a simple picture would be creating such big waves in the advertisement industry.

The picture had with it a simple caption that read, “A picture taken by my Pilates teacher. I’m going to get prettier!”

Although at the time fans were just excited over the prospect of KARA’s comeback, the picture aroused the curiosities of other bystanding netizens that wondered whether her training would pay off.

Immediately after the picture was released online, various message boards on health and fitness were flooded with posts asking for more information on her training style and the types of equipment needed.

“The diet and exercise styles of celebrities have caught a lot of attention with their fans. They use a lot of equipment that anybody can pick up and use like yoga mats, dumbells and such so it’s easy for fans to pick up things like Pilates and follow right along,” an official from Ewha SMP, a company specializing in gym equipment.

Do you look to celebrities for dieting advice as well?

KARA
Nicole
How does this article make you feel?