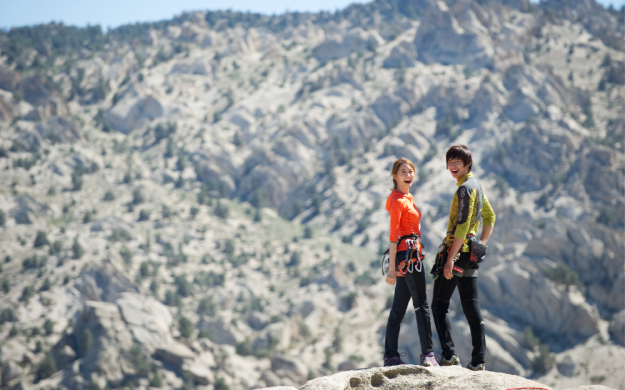 “2nd Eider Friends” Lee Min Ho and SNSD YoonA build further anticipation for the upcoming release of their full CF for the fall-winter campaign of the French outdoor brand.

Eider released another “Pre-launch CF,” a 20-second video following the first glimpse of the two celebrities who appear to be preparing to go rock climbing in California. In the new clip, Lee and YoonA show a serious attitude in the face of the challenging physical activity.

As with the first “Pre-launch CF,” the clip refers to a “Film Open” on September 16. Eider has likewise released behind-the-scenes photos on their official website.

Meanwhile, YoonA joins her group SNSD and other labelmates for another performance night in “SM Town Live in Tokyo.” Lee was most recently seen as the lead on TV’s “City Hunter.”

YoonA
How does this article make you feel?