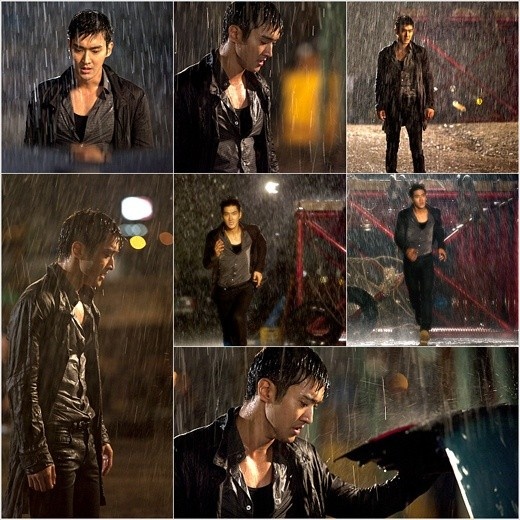 Super Junior‘s Choi Si Won made a stunning acting performance in the rain for his upcoming KBS drama, “Poseidon.”

Choi Si Won plays the role of a member of the marines named Kim Sun Woo. The character gets caught up in a series of unfortunate events that leads to his downfall. In order to bring justice to his case, he joins the “Investigation 9” team and works with co-star Lee Si Young, who plays the role of Soo Yoon.

The pictures seen below were taken at the Incheon Airport on August 25. The scene is a pivotal one for the drama and especially Choi Si Won’s character, as it’s one of the steps that lead to him getting caught up in unfortunate events.

Looking serious yet charismatic, Choi Si Won filmed for over three hours in the rain, jumping and fighting for his action scene.

“It’s hard to consistently look and act so rough amidst such heavy rain but he really got the feel of it. Viewers can look forward to the many sides of Choi Si Won,” officials of the drama said.

Super Junior
Poseidon
How does this article make you feel?