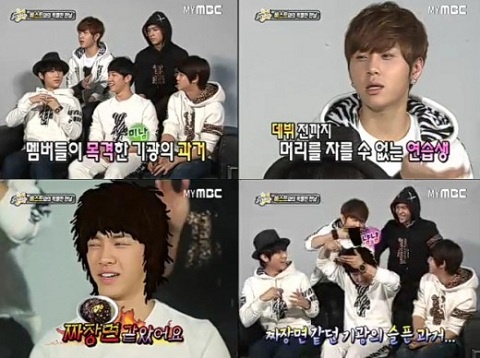 Which member in BEAST had the biggest makeover after their debut?

Aired on September 4 on MBC TV “Section TV,” member Lee Ki Kwang earned all of the votes amongst his fellow members for having the biggest makeover after their debut.

Lee Ki Kwang said, “I think during my trainee years and prior to my debut, I wasn’t necessarily a person of looks,” as the other members began explaining Lee Ki Kwang’s image before their debut.

Dong Woon said, “Lee Ki Kwang’s hair was slightly curly. However, prior to our debut, trainees weren’t allowed to cut their hair since they weren’t sure how their hair would be styled if they did debut.”

He continued on by saying, “That’s why Lee Ki Kwang’s hair was always curly. It was like looking at black bean noodles.”

BEAST
Pre-Debut
How does this article make you feel?