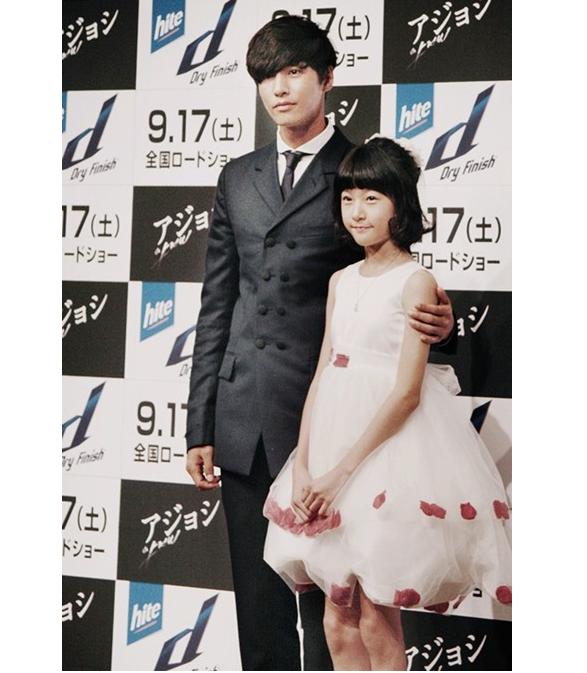 A representative from her agency Fantasy O stated on September 5, “On August 30 Kim Sae Ron was in Tokyo for a press conference where she formally introduced herself in front of hundreds. About 300 news stations, newspapers, magazines, and reporters were there with flashing cameras and numerous questions. The number one question: Is she going to be a Hallyu star?

Folks, it looks like she is. Kim Sae Ron introduced herself (very fluently!) in Japanese. She talked about her acting career in a very charming way. She admitted that she does not want to be known for “a pretty face”, but also for “exceptional acting”.

The anticipation for the movie “The Man From Nowhere” is blazing up in Japan. Critics praised Sae Ron, saying that it is very difficult for “someone so young to show such talent” and that “rather than being a simple child star”, she was “born to act”.

“The Man From Nowhere” will play in 80-100 screens all over Japan starting September 16. In China, there will be 4,000 screens playing the movie in wide release. It will be a movie that will break records in Korean cinematography.

During her arrival in Japan last week, pictures of her airport fashion were posted online.

Did anyone see “The Man From Nowhere”? What did you think of her acting?

Kim Sae Ron
The Man from Nowhere
Won Bin
How does this article make you feel?