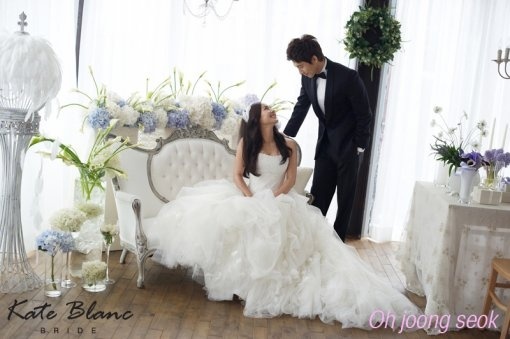 Ki Tae Young revealed his recent marriage with former S.E.S. member Eugene was planned from the beginning, when they first met a year and half ago. At the press conference for upcoming SBS drama, “Live with Pride,” Ki Tae Young talked to the press about his newlywed life and how he won the heart of Eugene.

“We got to marry after dating for about a year and a half. We met regularly, but couldn’t date in public, so we didn’t get to meet that often. We just had dinner together, talked on the phone, and just had a lot of conversations,” Ki Tae Young said.

“I believe you have to have mutual respect for each other. Couples usually fight because you try to force and change the partner’s personality. I told Eugene, ‘1+1=1. We have to give up half of our sides. I’ll give up my half so you should too,” the newlywed groom said.

SBS “Live with Pride” will first air on Sept. 17, following the end of “Scent of a Woman.” Starring Noh Joo Hyun, Ki Tae Young, Che Young In, and Oh Dae Gyu, “Live with Pride” is a family drama about overcoming adversity to reach success.