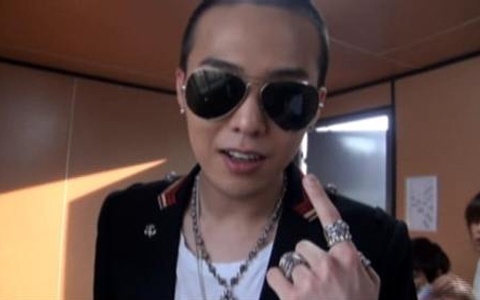 Not long ago Big Bang leader, G-Dragon had been a hot topic for sporting a rebellious shaved head. A source close to the male fashionista commented on his latest change, “The reason for his shaved head is that he shows off his determination, placing all of his strength into the new album.”

The Big Bang leader made headline news once again, this time for news concerning a new solo album. Living up to his new hairdo G-Dragon had been consistently showing up each day to his own office at the YG Entertainment building ready to work. While there he would become completely absorbed into the production of his solo album coupled with his unwavering focus.

As of right now the album is scheduled to be released somewhere around October or November. From past experiences, delays can be expected as G-Dragon, the ever hardworking perfectionist, composes the lyrics and songs all himself, to great results.

So far YG Entertainment has been mum on the details of G-Dragon’s latest project. Yet, President Yang Hyun Suk has said that he will be making an official announcement regarding the album soon through his blog, YG Life.

G-Dragon
Yang Hyun Suk
YG Life
How does this article make you feel?