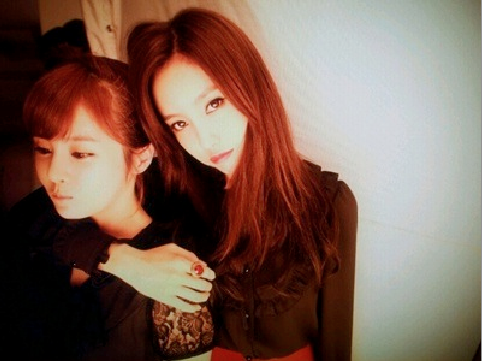 Hyomin uploaded a picture on her Twitter captioned “At the photo shoot” “With Boram, who is sometimes acts like an old lady and sometimes like a cuddly daughter to me” on September 6 at 10:09PM.

Hyomin is currently shooting for the MBC drama “Gye Baek” as Choyoung, a boyish yet outgoing girl.

Netizens responded with positive comments such as “Really pretty” “Hyomin unnie you are an actress now!” “I’m excited for the photo shoot” “Is it just me or do they look like sisters here?”