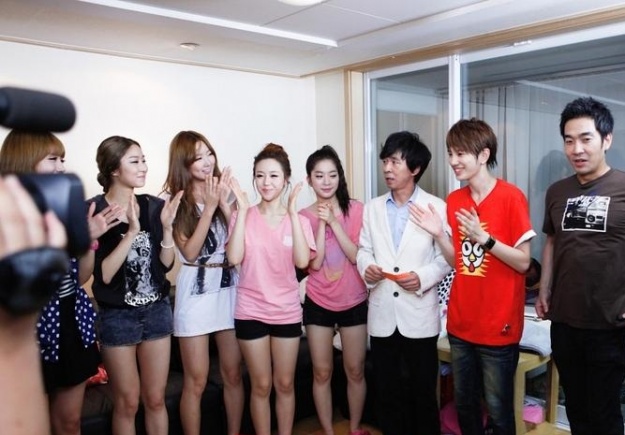 Dalshabet appeared on E-Channel’s “Risk Your Life 1%” on September 8 and asked the emcees to become their mothers for the day.

As a girl group that debuted early this year, since their trainee days, they have spent time away from their parents. That is the reason why they made the request for the emcees to be their mothers for a day, because they yearned for their mother’s home cooking. Dalshabet revealed their home that their manager strictly restricts who can visit. They also revealed their daily routine and their diets to control their body weight.

Those who visited Dalshabet’s home that day were Ji Sang Ryul, Kim Chang Ryul, Park Hwi Soon, Ko Young Wook, Sung Jong and DT we’re curious as to what kind of reaction they showed as they looked around Dalshabet’s home. This episode will air on thursday, September 8.