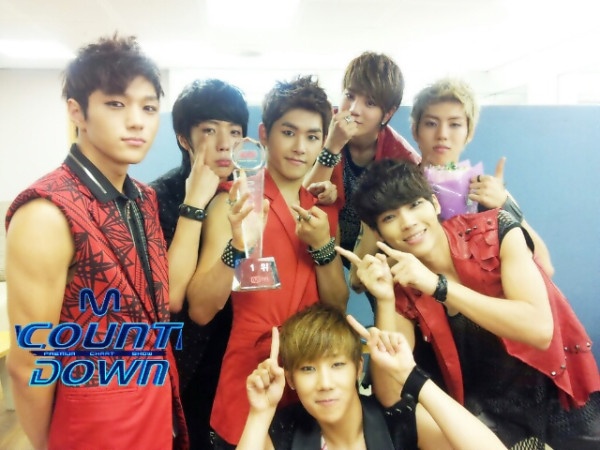 Infinite’s “Be Mine” was named “Song Of The Week” for the second week in a row. Fans have completely given their hearts over to these young romeos. Will KBS Music Bank and SBS Inkigayo viewers agree with M Countdown’s new idols of the week?

U-KISS returned to the stage to promote their storybook inspired album “Neverland“. Maybe “Someday” the secret to remaining young for all of eternity will be revealed through K-Pop! Girl group Sweet Revenge debuted their rock style to music lovers. Piggy Dolls showcased a new song, while Infinite had their Goodbye Stage.

Infinite – Be Mine (Goodbye Stage)

CS Numbers – Cry Out With My Heart