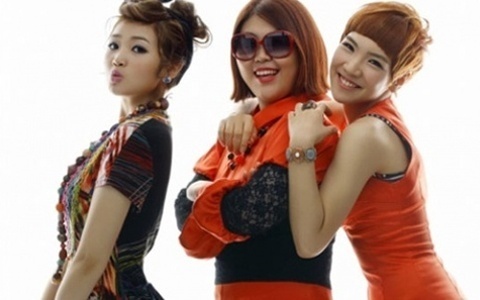 Piggy Dolls Open Up About Their Hardships

The Piggy Dolls, a girl group trio that first shot to fame for their outstanding vocal talents and their confidence in their weight, recently opened up about the hardships they faced after going through a dramatic weight loss.

On September 9, Piggy Dolls appeared on KBS‘ “Yoo Hee Yeol’s Sketchbook” and revealed that they had gained more anti-fans and hateful replies since losing 20kg for their “Hakuna Matata” come back.

The MC said, “All three of you have lost so much weight, and it’s been just a few months since I last saw you. What happened?” The three replied, “The three of us were determined to lose weight and exercised a lot. We lost enough weight to make up an average sized female.”

“We gained a lot of confidence after our diet, but we also gained a lot of anti-fans and hateful replies. We had a lot of fans that were overweight, and they felt that we had betrayed them. They turned into our antis,” Piggy Dolls added.

The MC asked, “Are there any problems with your singing after losing that much weight?” The Piggy Dolls replied, “We ran around the Han river singing every night. Thanks to our diet, our singing skills have actually improved.”

Piggy Dolls
Yoo Hee Yeol
How does this article make you feel?