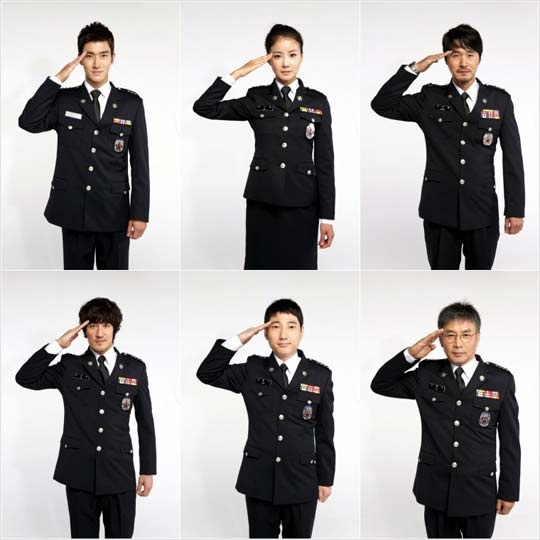 Siwon Gives a Military Salute with the Cast of Poseidon

“Poseidon” features an intriguing plot line about a maritime police force. Two years after joining a maritime special attack team, Kim Seon Woo (Siwon) is involved in an unsettling crime and is demoted. He becomes a maritime police officer, until he is invited to join a crime investigation unit in Incheon City.

Lee Si Young, the main female officer was praised by netizens for giving such a strong and confident salute, alluding to the personality of her character.

Annex Telecom said, “The cast is proud to be a part of the first drama about maritime officers. Because they are filming during holidays, the episodes are expected to be more ‘complete.’ We hope you support the drama during its premiere in the following weeks.”