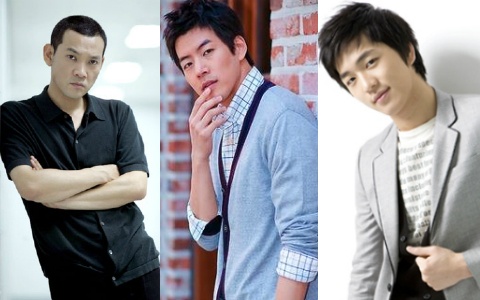 Lee Hyun Jin, the drama department’s gifted-but-stage-fright-plagued Ki Young in “Heartstrings,” is likely to star in the upcoming KBS medical drama “Brain.” Early reports say he will play a doctor, the rival to Lee Sang Yoon’s neurosurgeon character, who is looking to rise very quickly to the position of university hospital director.

“Brain” has already confirmed Jung Jin Young in the role of a genius senior doctor.

The cast is attracting attention for the actors’ academic backgrounds. Jung Jin Young is a literature and language graduate while Lee Sang Yoon is studying physics. Both are from Seoul National University, which Korea’s top college. Lee Hyun Jin, the youngest of the three male leads, is attending Joongang University, majoring in industrial economy.

The drama is helmed by director Yoo Hyun Ki and written by scenarist Yoon Kyung Ah, who were the team behind “God of Study.” It is set to follow “Poseidon” on Mondays and Tuesdays beginning in November.