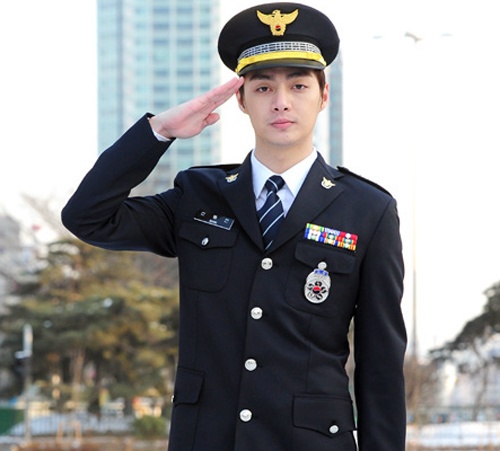 Singer and actor Kim Joon of the vocal group T-Max has announced that he will be enlisting in the army by the end of September.

Kim Joon recently appeared on KBS’s Chuseok special of ‘Invincible Baseball Team‘. Comedian Han Min Kwan revealed, “Kim Joon will be enlisting in the army around the end of September. He’ll be going a few weeks after the Chuseok holidays.”

“I’m saying this for the first time through my own mouth, but I never thought I’d be saying it in such a place like this,” Kim Joon himself stated.

Asked if he was worried about his upcoming enlistment, he replied, “A lot of people worry, but I think that if Min Kwan hyung was able to get through it, then I can do it too.”

Fans were previously told by his agency, Planet 905 Entertainment, that Kim Joon would be enlisting some time this year through T-Max’s official homepage back in July.