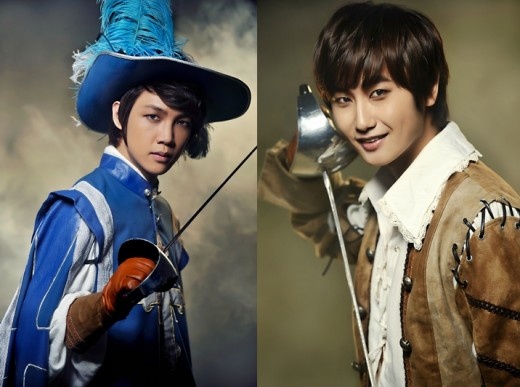 Two idols join the cast of the musical “Three Musketeers” on its upcoming staging. SS501’s Heo Young Saeng and Oh Won Bin, most recently seen in a small role in “Heartstrings” and was a former member of FT Island will feature in the musical’s November-December run.

The two singers are reportedly alternating for the role of D’Artagnan, which Super Junior’s youngest member Kyuhyun has played in a previous run.

“Three Musketeers” is based on a novel by Alexandre Dumas set in 17th century France, recounting the adventures of a young man D’Artagnan and his friends, Athos, Porthos and Aramis.

The “Three Musketeers” musical will open at the Seongnam Art Center Opera House on November 3 and will run through to December 18.