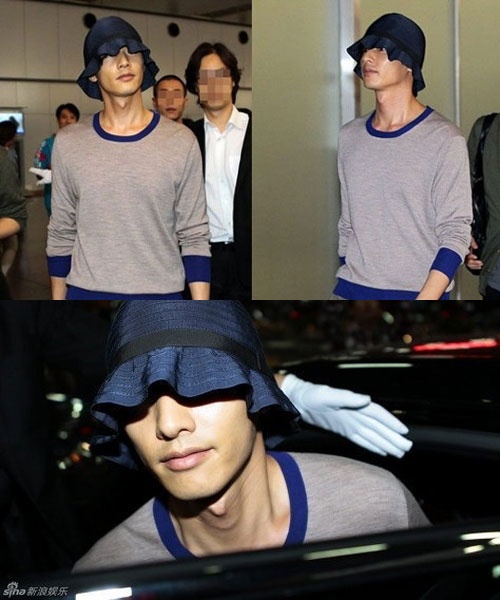 Won Bin’s recent airport fashion has been a hot issue.

Prior to the release of his recent movie, “The Man from Nowhere” in China, he arrived at the Beijing International Airport on September 14.

The photo was first revealed on a Chinese news website. In the photo, he is wearing a unique shaped hat, a grey shirt and khaki coloured pants.

The movie, “The Man From Nowhere” is to be released in China on September 16 with a different movie title. During his stay in China, he will be attending press conferences and promotions in regards to the movie.

Beijing International Airport
The Man from Nowhere
Won Bin
How does this article make you feel?