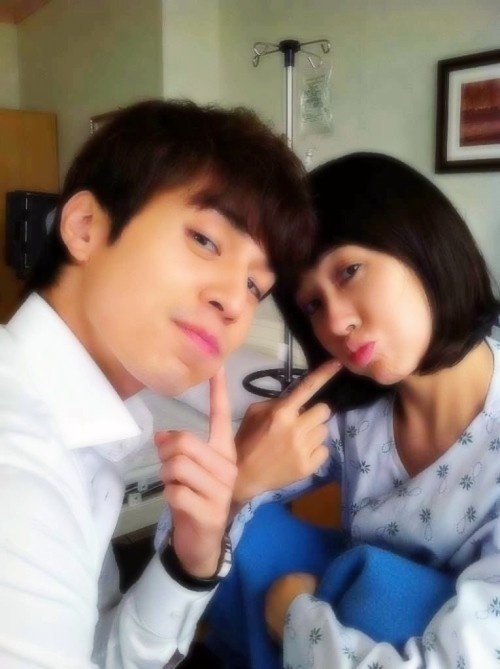 Although “A Woman’s Scent” came to an end recently, that doesn’t mean fans are left without another sweet couple photo from the two leads, Lee Dong Wook and Kim Sun Ah.

On September 15, actress Kim Sun Ah updated her fans with an adorable new selca taken with Lee Dong Wook with the message, “Taken while filming the last hospital scene… Yunjae and Jiwook! A new version of me~~ pose!”

With their heads together, the two are pointed to their poofed up cheeks while still in their hospital uniforms. Netizens commented, “Even their lip colors are the same,” “I’m still not over the drama yet,” “I hope to see them in new dramas soon,” “Such a fun drama,” and “They look great together!”

In related news, the cast, director, writers, and staff all took off for Cebu for a team vacation on September 15 after concluding their drama on a successful run.

Lee Dong Wook
Kim Sun Ah
How does this article make you feel?