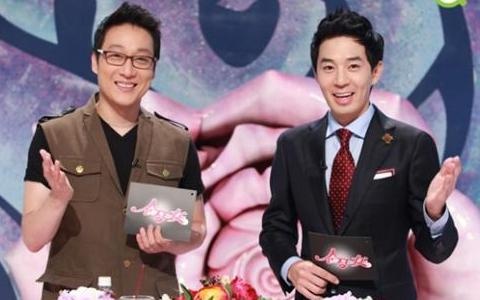 After returning from the military as “The King of Mainstream Entertainment,” Boom is going to appear on QTV’s “The Woman That Determines the Ranking,” also known as “Soon Jung Nyeo,” a shortened title which has an alternate meaning of “Pure Love Girl.”

According to QTV, from September 19, Danny Ahn, who was in charge of the show until September 8, is taking his leave and Boom is to replace him. Lee Hwi Jae, who has hosted the show from the beginning will remain as the main MC.

From September 7, Boom replied after finishing his first recording of the show, “Even though there are a lot of male celebrities that want this MC job, I was fortunate for getting it right after I came back from the military. I’m really happy!” He continued on with, “From now on, I will do my best to make this show fun and energetic!”

His new show will air on the coming September 22.

Boom
Danny Ahn
How does this article make you feel?