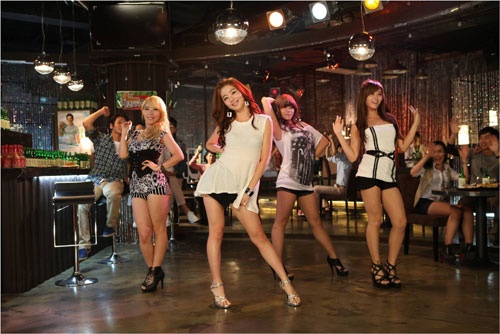 On September 19, Secret’s agency TS Entertainment announced through a press release that the girl group will be the new model for the Soju brand J. The advertisement will be released starting from September 19 through paper.

Female celebrities always want to appear on two types of advertisements, makeup and Soju. Most Soju brands have used only the top celebrities such as Lee Hyori, Shin Min Ah, Kim Tae Hee, Han Hyo Joo, Park Min Young, Han Ye Seul, Song Hye Kyo, and Lee Min Jung. The fact that Secret was chosen as a Soju model proves their status as a “National Girl Group.” Another interesting fact is that this is the first time a whole girl group has appeared on a Soju advertisement.

A J Soju representative stated, “The cute and warm side that Secret has shown through their song, ‘Starlight Moonlight’ fits in well with J Soju’s slogan, ‘A Happy Getaway.’”

J
Secret
How does this article make you feel?