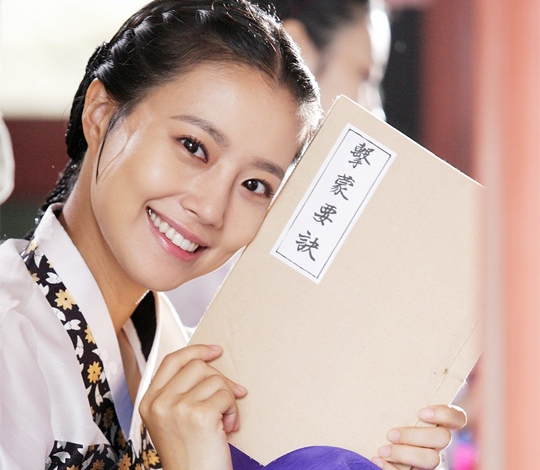 Moon Chae Won Radiates in Pictures from "The Princess’ Man"

On September 19, pictures from the set of “The Princess’ Man” were revealed, featuring actress Moon Chae Won in pretty hanboks.

In “The Princess’ Man”, Moon Chae Won plays the role of Sae Ryoung, a girl who never stops shedding tears because of the feud between her lover and her father. However, the pictures revealed a very different image. Moon Chae Won radiates with her “flower blooming smile”.

Part of the reason these pictures have received so much attention is because of the similiarities between her and her co-star Park Shi Hoo. Their smiles make you want to smile. Whenever the two of them flash their pearly whites, the staff cheers up.

A representative from “The Princess’ Man”, Jung Seung Ho, expressed, “Whenever we are filming, there is always the sound of laughter. That’s how enjoyable the mood is.”

Netizens who saw the pictures commented with “Wow, Moon Chae Won’s hanboks are always so pretty”, “They look like they’re having a great time”, and “Her smile glows more and more each time”.