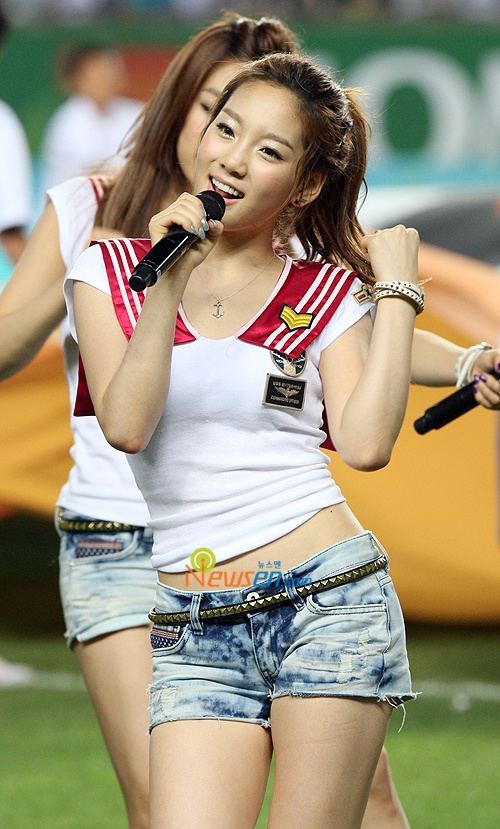 The businesswoman Lee Soo Jin who has a model-like figure appeared on tvN’s “Love Switch” as a “Single Woman” on September 19, and received proposals from 36 different “Single Men.”

Lee Soo Jin is 172cm tall, skinny, and looks like SNSD’s Taeyeon. She has had experience as a model. Also, she is a clothing company CEO. Her company is making nearly 1 Million in sales.

On the show, she received two proposals and she dropped the men by turning off the light switch. One contestant even blocked her from dropping him and singing to her. The Taeyeon doppelganger ended up becoming a couple with an older doctor.

What do you think, does she look like SNSD’s Taeyeon?

Lee Soo Jin
Taeyeon
How does this article make you feel?