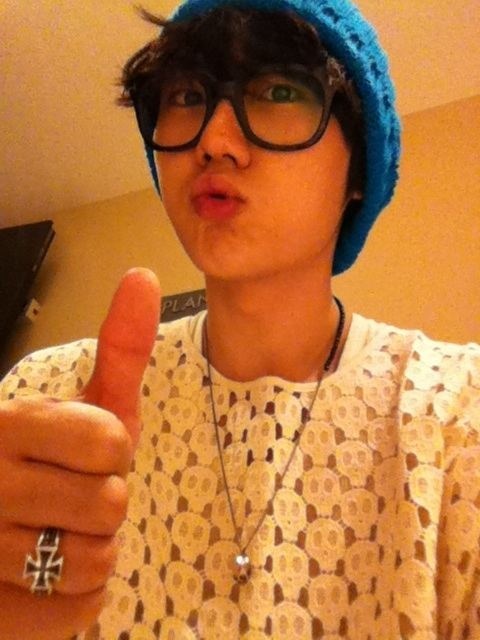 BEAST’s Jang Hyun Seung Talks About His Time in Spain

Idol group BEAST’s Jang Hyun Seung revealed his thoughts about his first trip to Spain. On September 21, he wrote on his Twitter, “Spain! It was my first time in Europe as well and it was an incredible country, by far more than what I imagined! Personally I do want to spend a few more days in touring and playing, but I’ll come back for sure later on when I go on vacation to Europe^^ See you later~ adios!” as well as leaving a photo of himself.

Inside the photo, Jang Hyun Seung is wearing a skull print shirt and thick, black-rimmed glasses, giving a thumbs up.

Fans who came across the photo said, “Go with me and don’t worry about the flight costs. All you have to do is bring yourself,” “Spain seems like a charming country. I want to go one day also,” and “I hope you arrive back safely!”