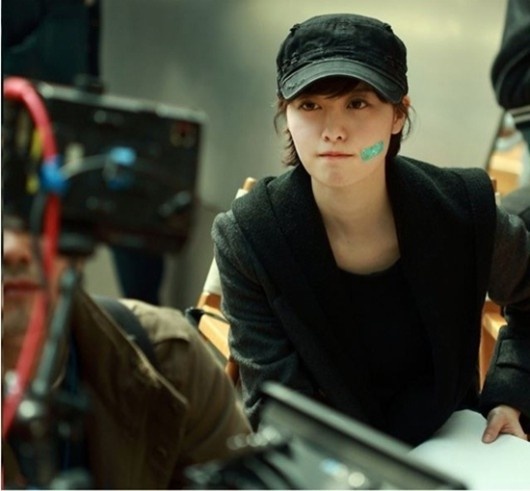 The multi-talented actress Goo Hye Sun will be attending the Busan International Film Festival this year not as an actress, but as a movie director.

On September 21, Goo Hye Sun revealed on her Twitter, “My movie ‘Peach Tree’ will be featured at the Busan International Film Festival. I’ll be going there as well, hehe.” “Peach Tree” is the second film she’s directed for and features actors Cho Seung Woo, Ryu Duk Hwan, and Nam Sang Mi. It will be featured in the “The Present Time of Korean Movies – Vision” category.

Netizens that heard of the fantastic news praised, “Congratulations, it’s nice to see you working so hard,” and “Good work, director! Fighting!” In related news, Goo Hye Sun is also currently starring in the SBS drama, “The Musical,” as the role of Go Eun Bi, a trainee that hopes to become a theater actress.