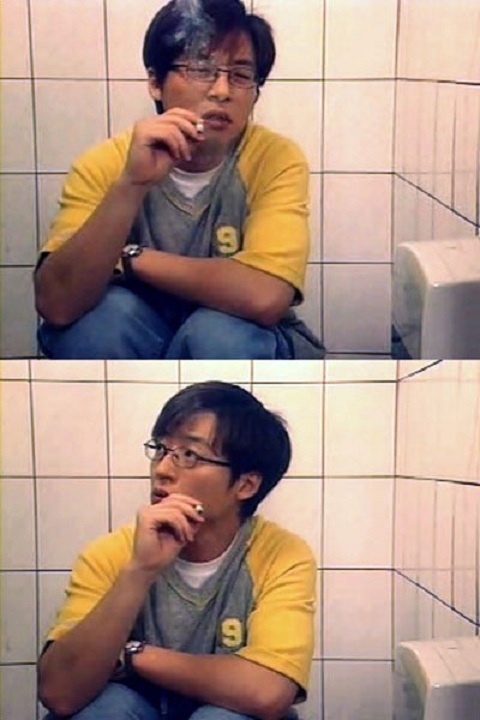 A photo of gagman Yoo Jae Suk smoking while crouching in a bathroom stall has surfaced online.

On Sept. 21, a member of Daum’s Tellzone uploaded a picture of the infamous comedian titled: “Yoo Jae Suk’s 11 Year Old Smoking Photos.” In this aged photo, Jae Suk is sitting on top of a toilet with a look of solitude, solemnly gazing sideways with a cigarette clutched between his fingers. This was believed to have been taken in 2000 during an episode of KBS 2TV’s Sunday sitcom “Cool Guys,” where unlike today, strict regulations did not apply to broadcasts so that scenes with smoking were allowed.

Netizens who have seen this photo have responded by saying “Yoo Jae Suk does not look good with a smoke,” and “It’s so awkward when he smokes.” Altogether, the humorous and witty comedian the public knows as Yoo Jae Suk does best with a microphone in his hand and not a cigarette.