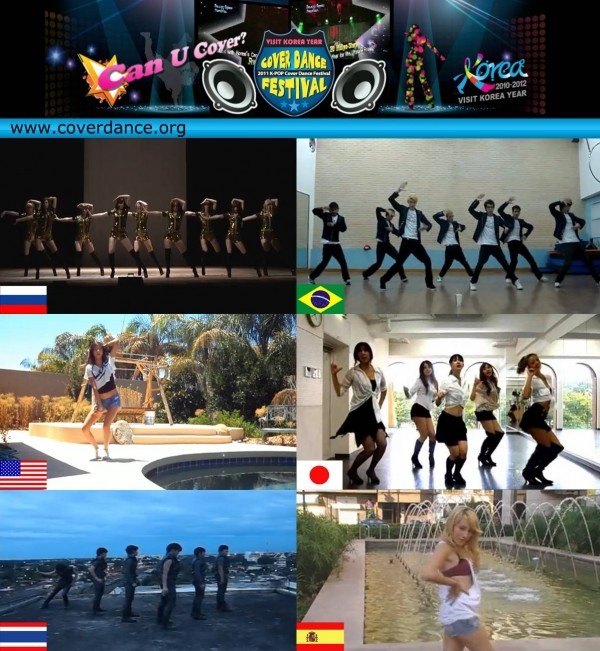 The South Korean Visiting Committee targets Hallyu fans from around the world with “Cover Dance Festival Roadshow”, and is hoping to attract people from far and wide. The “40120” in the title symbolizes the 40,120 kilometers it takes to travel once around the globe.

On September 22, starting with the preliminaries from Russia, “Cover Dance Festival Roadshow 40120” will travel to Brazil, America, Japan, Thailand, Spain, then finally in Korea for the final performances. Everything will be divided into eight episodes.

Each country will have its own judge, with SHINee in Russia, miss A in America, Kara and T-ara in Japan, 2PM in Thailand, and BEAST in Spain.

On October 3, Yoon Do Hyun from YB Band, along with SNSD‘s Tiffany and Yuri will emcee the finals in Kyung Joo Indoor Gymnasium. Sixteen teams will make it past the preliminaries to make it to the big performance competition. DBSK, SNSD, and 4minute will judge the finalists.

A PD from the program said on September 20, “This isn’t just a program to see who can follow our idol’s dances. It’s a chance to show K-pop’s influence and power in the Hallyu world.”