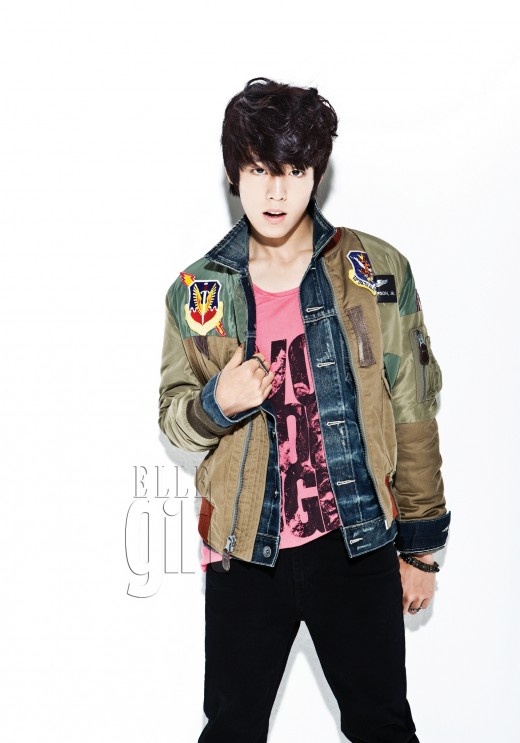 For the “ELLE Girl” magazine photo shoot, he dressed up in a black leather jacket, wearing smoky eye make-up. The staff members complimented his model-like long figure and his manga character look.

He became a shy 19-year-old boy when the camera turned off. During the interview, he exuded natural charms. When asked if he was affected by his acting career at such an early age, he replied, “There was no problem since I usually filmed during my vacation breaks from school. It may be because I don’t intentionally act like a celebrity, but my friends treat me like an ordinary person.”

He confidently explained his transition from a child to adult actor, “There used to be a stereotype of child actors and actresses, but times have changed. There are diverse characters you can choose from now. You can pick a suitable character in your own age group. I would like the audience and people I meet to have a really good impression of me.”

The interview and photo shoot of the charming and talented young star Lee Hyun Woo will appear in the October issue of “ELLE Girl.”

Gye Baek
Lee Hyun Woo
How does this article make you feel?