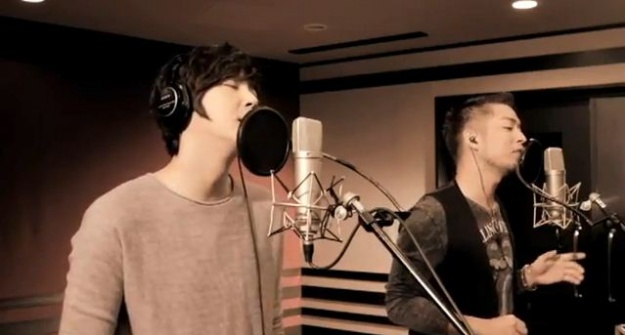 After releasing the audio teaser few weeks ago, Shin Hye Sung has finally released the promotional video preview version for “I Believe“. This is for his Japanese single collaboration with Japanese singer Kiyokiba Shunsuke. The PV was released through Tsubasa Entertainment YouTube channel and it been announced on Shin Hye Sung Fanpage Face book.

The preview showed both singers recording the song together in the studio as well as their photo shoot together for the album jacket. Looks like they have chemistry together that portrayed into their harmony voice collaboration.

The video of “I Believe” also will be released in the commercial of Tokyo “Love Korea”. The single will be on sale on October 5.