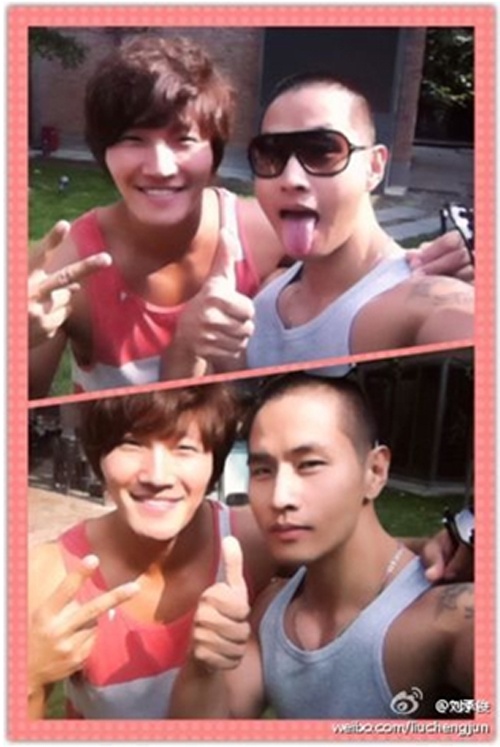 Yoo Seung Jun shared his photos with Kim Jong Kook recently met in China where the formal Korean rapper is living and working as an actor.

Yoo Seung Jun shared on September 5 in his Chinese social network, similar to Twitter, this post, “Tonight after long time I am going to meet a friend I have not seen for ages. It is Kim Jong Kook. I am so happy to see him again.” And on September 6 he wrote “Today my friend is going back to Korea and I really wish I can go with him but I can’t. Anyway I still love my country (Korea) and miss it so much. I wish many fans show their support for Kim Jong Kook” and he posted their photos.

In the photo you can see Kim Jong Kook, Yoo Seung Jun and his children were having good time together. They were able to meet thanks to the SBS TV shows “Running Man” since they shot an episode in China and Kim Jong Kook explained that after the shooting he spent some time with Yoo Seung Jun’s family in Beijing. The two singers are of the same age and they became close thanks to the MBC TV show “Star Survival” that was aired on 2000 hosted by Yoo Jae Suk.

Korean netizens were glad to hear news about Yoo Seung Jun but some of them still showed hatred towards him with comments like “Even if it is nice to hear about him after long time, I still can not forgive him.” He fell from the pinnacle of popularity after going back on his promise to serve in the Korean military by becoming a naturalized citizen of the US.