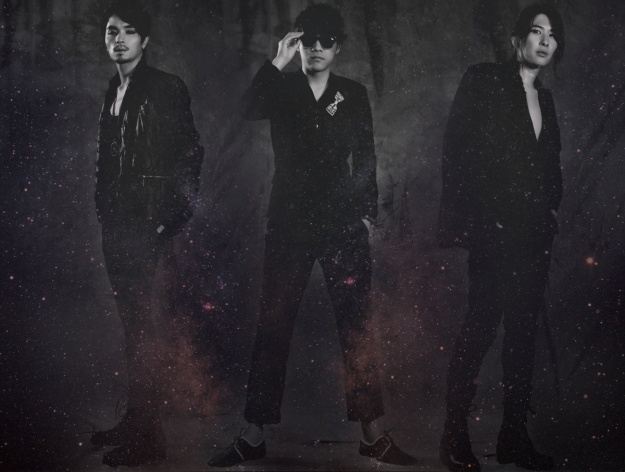 Three member Rhythm and Blues (R&B) group Soul StaR has come back into the music industry with a newfound determination and a new album, breaking their long absence of four years.

From the very start, Soul StaR was able to garner attention through their amazing singing skills as well as bringing in R&B, a style of music that is still not very well known, to a wider audience. Opening the prospects of R&B to fans and media outlets alike, Soul StaR gained solid ground in the music industry, especially with their first album “Soulstar.” Although four years has been a long wait, Soul StaR paves a new road for their genre and talent with their re-awakening of being in the doldrums with an album that showcases nothing else but talent.

Soul StaR, composed of Lee Chang Geun, Lee Seung Woo, and Lee Kyu Hoon, have resurfaced onto music charts by releasing their mini album “Rebirth” with their title song “Right Now At This Instant” on September 20. After their debut in 2005, Soul StaR’s last album has been in 2007 titled “When We Break Up,” featuring Baek Ji Young, and since then have pressed themselves to the limit within a span of four years in making their re-emergence.

Between 2007 and 2011, each member of Soul StaR unanimously decided to take a break (this decision arising from their own personal issues), thus preventing their voices from reaching the ears of their fans. However, as time progressed, the R&B trio’s urge to sing became greater and felt the precious value of music right to their core.

After all personal and situational issues had been solved, Soul StaR found a new home at NAP Entertainment in June, headed by renown lyricist and producer Choi Ghap Won. Soul StaR has a close history with Choi, which started from the year they first debuted and eventually built a strong family-like bond, and thus when choosing a new agency in which to progress through, this was a strong determining factor.

Lee Seung Woo, who is also the younger brother of “Big Mama’s” Lee Ji Young, stated that “When we were taking the four years off, our confidence deteriorated. However, we were able to stick together even in the midst of hardship and share our struggles together. After joining NAP, our fervor for music grew stronger and finally, after a long four years we were able to release this album.” Seung Woo managed a shy smile after saying this.

Lee Chang Geun voiced his opinion by saying “When thinking about our disappearance, the last four years have been quite hard on us” and continued on with “We thought of singing in the past as something matter-of-fact, but now we learned just how precious music is and just the honor of performing on stage is something that surpasses value.” Chang Geun confessed that when their “Rebirth” album was officially finished, he shed tears due to the recognition of hardship and struggle that had to be overcome to complete this work.

The youngest of the group, Lee Kyu Hoon said “Although we hadn’t released any albums before this (“Rebirth”), we focused our time listening to songs and studying them , especially on crafting lyrics. Only because of the time we put into these aspects of music, we truly appreciate what music was and how crucial it was to our lives.”

There is no doubt that through their struggles, Soul StaR has come back even stronger and more focused than ever. They have stepped up a level and are not afraid to show their new level of talent in their new album “Rebirth.” Focusing on the genre they do best, R&B, their title song “Right Now At This Instant” showcases their brilliance and aptitude towards singing and music in general. Soul StaR has admitted that “while we were gone, all the popularity and focus of music had been centered on idols. Because of this, we knew that we had to find our own color and make that shine- it is the very least we can do to our fans who have waited for so long and truthfully, this is the only way we can continue to survive in the music industry. By improving our calm and rich melodies of R&B, which admittedly might be unfamiliar and unknown to a lot of listeners, we are positive that this genre will become widespread and put every effort into getting our songs to a wider public and making them like our work at the same time.”

Although four years is a long gap, it is also a great amount of time to improve and recollect. Soul StaR has done just this, by using only their voices as evidence, they provide undeniable evidence by sticking together even in times of personal struggle, people can emerge stronger and with a greater purpose. Holding hands with each other as well as with the top lyrcists and producers of the industry, Soul StaR brings true R&B to their fans and new listeners alike. With heavy weights on their producing and writing team, such as Jun Goon, who produced Wheesung’s “Fading Star” and Taeyang’s “I Need a Girl” along with Lee Jong Hoon, who wrote Ha Dong Kyun’s “Butterfly” and IU’s “Mia” , Soul Star loads its album with smooth melodies and unique singing abilities that only its three members can provide.

You might be wondering why I keep writing Soul StaR with a capitalized “R” at the end, since the three man group has always been known as Soul Star from their debut in 2005. Here’s why: the big “r” signifies an equally great meaning of a new beginning. The “R” has several meanings, but all connected to the one meaning of the excitement and anxiety of starting off after a long four years. These range from “Re-start”, “Re-booth”, and finally, “Re-birth.” Artistically and musically, Soul StaR strives to be the very definition of Korean R&B and is fully set to back their claim. Their first tep in doing so is scheduled for October 30th, where Soul StaR has its “SoulstaR is back” concert at AX-KOREA concert hall in Kwangjin, Seoul.

Overcoming their struggles and hardships and re-emerging in a brighter light, Soul Star promises a strong performance with their new start. By being more active in their performances and more polished overall, this three man group is already exceeding expectations with their “Rebirth” album. The time that had been spent on waiting, the time that had been spent on preparing- this is the time that Soul StaR wants to give back to their fans, and once hearing Soul StaR’s stories in “Rebirth”, all will be reciprocated.