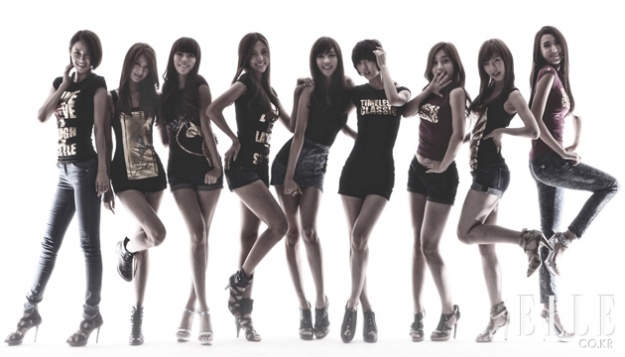 The Average Height of Girl Groups has Increased

Some girls are still in their teen years and it is possible for them to grow a few centimeters. Also, when performing on killer heels, they heighten their average up to 180cm, making even some men jealous of their height.

A representative of one of the girl groups’ agency stated that, “The average has increased because of a variety of changes in the girls’ diets. Of course, the most important factors for a prospective girl group member to have are great vocal skills. However, because visuals are becoming more and more important, we tend to select the taller girls.”

However, the increased heights of these girls also bring several difficulties. One of them is the groups’ choreography. One of the choreographers commented, “It is very difficult to perform powerful moves, the moves come out a bit sloppy. That is why most dance routines are limited to sexy walks and poses.”

A second difficulty is the concept of the girl group. Will a group fit the sexy concept or the cute concept? While Kara and SNSD pull of both concepts, it still remains difficult to fit in both. One of the girl groups’ representative said, “There are tall girls who pull off the cute look, however, it remains limited. The only solution is to be creative and to adjust and create new and old concepts.”