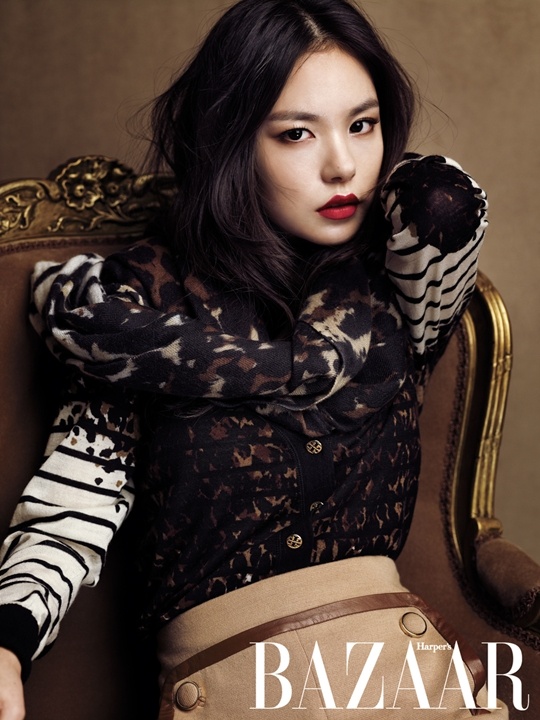 After successfully wrapping up KBS Drama “Romance Town,” actress Min Hyo Rin has shot up her status as one of the most prominent CF models for some of Korea’s most famous brands. Recently, she turned heads as she displayed her charisma and aura in the upcoming issue of Harper’s Bazaar magazine. Transforming from her previous role as one of the maids, the actress showed elegance as well as her prominence in the spread.

The actress accessorized and endorsed for Tony Burch, shedding her innocent age for a more sophisticated look, dressing up in fur vests as well as a leopard printed blouse and scarf. Her blood red lipstick and killer heels finished off her sexy look.

Check out the charming and attractive actress in the upcoming October issue of Harper’s Bazaar.

Harper's Bazaar
Min Hyo Rin
How does this article make you feel?