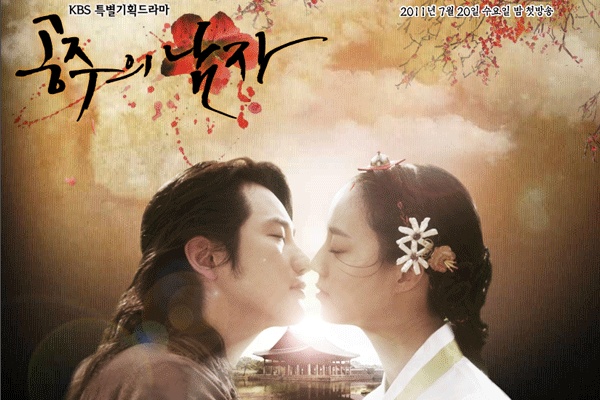 On the September 27 broadcast of KBS “Yeo Yoo Man Man,” Park Shi Hoo was interviewed on the set of “The Princess’ Man” as one of the hottest leads of this drama season. Park Shi Hoo is currently playing the role of Kim Seung Yoo, who is in love with Sae Ryoung (played by Moon Chae Won), the daughter of the man who killed his entire family.

When asked what he thought when he first found out Moon Chae Won would be the female lead, Park Shi Hoo replied, “I was happy. We already knew each other…And because Moon Chae Won is pretty, I believed that I could portray the emotions [of a tragic love] well.”

Park Shi Hoo also picked the best scene from the drama as the scene in which he grabs Sae Ryung by the collar, and she in return desperately hugs him back.

The series has aired 18 episodes so far out of its 24-episode run. With only a few weeks left, the drama’s popularity is continually growing as it ranked first in ratings among its competitors. People are waiting in high anticipation for the ending that is sure to be tragic for the tale of two star-crossed lovers.

Park Shi Hoo is certainly acting his heart out. And who wouldn’t, next to the lovely Moon Chae Won?

Moon Chae Won
Park Shi Hoo
The Princess' Man
How does this article make you feel?