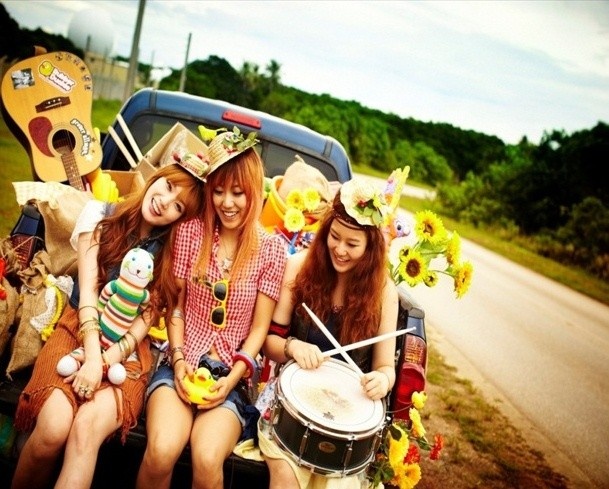 Under the Radar – Rubber Duckie

Formed in 2004 by high schoolers Jia and Baemy and later joined by in 2009 with then member Baeky, the band is one of the fastest growing bands in and around Seoul. They made their official debut in early 2010 with their single “I Am Single,” in which member Jia wrote all the lyrics. During the “Band Contest Incubator” auditions last year, Rubber Duckie beat 150 other bands and thanks to their win, they were able to release their first full album “Ugly Duckling Story” last August.

Leader Baemy once said in NEH Magazine (one of Korea’s newest foreigner magazine) “we want to be regarded as musicians, not as women…we want our music to make people happy.” Certainly, their music does just that. Their songs have the punk rock sound, but doesn’t exclude the emotional pop ballad songs that are definitely a bonus (and my favorites!)

Rubber Duckie wants to be recognized as worldwide rockstars. Although they understand that it’s quite difficult to reach that dream, more doors are opening up for them and soon enough, they’ll hopefully be just as successful as idol groups. In the near future, the band is expected to make appearances on Mnet’s Yoon Do Hyun’s Must and KBS JOY’s Lee Sora’s Second Proposal.

For more talk from the girls about their first dates, their dreams, and why guys love them, check out the September 2010 issue of NEH Magazine.

Under the Radar
miscellaneous
How does this article make you feel?