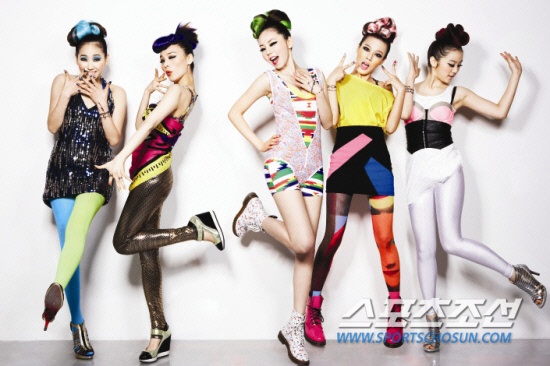 Girl Groups Do Not Want to be Sexy Anymore?

The war for being the most sexy girl group is at its end now. The girl groups are trying to get rid of their provocative looks and are going for more personal and unique styles. Girl groups want to set themselves apart from their competitors and are trying out whole other concepts.

A rich diversity in concepts, images and performances between the different groups is now noticeable, since all groups want to express their own uniqueness. For instance, the girl group Kara, who has recently released their single “Step”, has left behind its sexy image. Their performances are no longer consisted of sexy outfits and dances, but more sophisticated outfits and hairstyles seemed to rule their last few performances, expressing “females in their 20s wannabe’s”.

The Brown Eyed Girls, who have made their comeback in two years, went for the charismatic image for their performance of their new single “Sixth Sense.” They sported dark smokey eye make-up and performed powerful dance moves. Many netizens praised their performance and commented that they had not seen such a performance with other girl groups.

Netizens and fans are waiting in full anticipation for the new album of SNSD, which will be released on October 4. They expect a different and unseen side of SNSD. A representative of SNSD’s agency (SM Entertainment) stated, “Their new single ‘The Boys’ is produced by the internationally acknowledged producer Teddy Riley, that is why we are going for a new global concept. All I can say for now is that will be a bright concept.”

T-ara with their schoolgirl look

The reason that these groups no longer want sexy images is the fact that it has become an old concept. An official of one of the girl groups stated, “At first, the sexy images of these girls made people shock. It was something new. However, it has become an old concept now, and viewers are getting more uncomfortable by it. We now want to focus ourselves on cute and powerful choreography, instead of sexy dance moves.”

However, it is not easy to come up with an unique and new concept, since there are so many girl groups. A representative of A Pink stated that, “We have to come up with a new concept that no other girl group has. Therefore, we turn to foreign music videos and other new trends for inspiration.

Several officials advise to set girl groups like FIN.K.L. and SES as good examples. SES started out as a cute girl group and gradually achieved to get the image of mature young women. Their fan base first consisted of many young girls who saw them as role models and gradually transformed their image and became young women melting the hearts of many men. The image of a girl group has to be representative of their age.

We are all looking forward to the girl groups’ new concept!