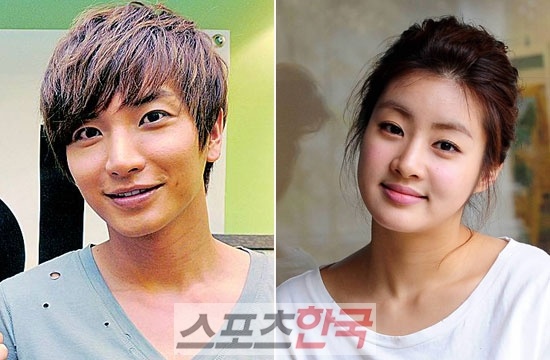 Lee Teuk and Kang So Ra Chosen as the Third Couple of We Got Married?

Update: There are still many conflicting reports coming out about this story from different sources. We’ll keep you updated!

Super Junior’s Lee Teuk and actress Kang So Ra are chosen as the new couple of We Got Married.

Lee Teuk and Kang So Ra will commence their first filming on September 30 around Seoul. Lee Teuk was said to have recently decided his participation in We Got Married after having lots of discussions with the producers and staffs.

Lee Teuk and Kang So Ra was chosen out of the competitive competition between many famous idols, actors and actresses. A MBC staff member has said that Lee Teuk’s participation in We Got Married is necessary because he is gaining lots of attention from fans from all over the world which will help to rise attention toward the program.

Kang So Ra has starred in ‘Sunny’ which has made an outstanding achievement. She is now known as ‘Lee Teuk’s woman’ and is gaining lots of attention and envy from women. As she had no experiences of variety shows, this will be her first time appearing on air via a variety program.

Lee Teuk – Kang So Ra couple will commence their first filming and their marriage life on September 30. Their first scenes will be aired on October 8 with Park So Hyun – Kim Won Joon and Eun Jung – Lee Jang Woo couples’ episodes.

Kang So Ra
Kim Won Joon
Lee Jang Woo
MBC
Park So Hyun
Seoul
We Got Married
How does this article make you feel?