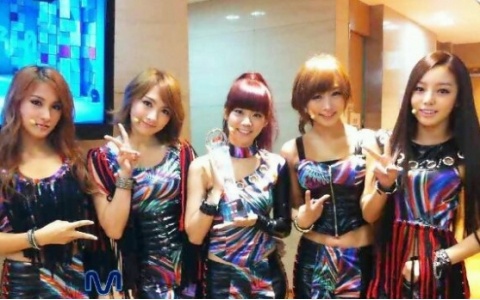 Kara Takes No.1 on a Japanese Chart With a Korean Song

Kara has dominated music charts for the last few weeks. However this time they’ve made it to yet another chart but with a bit of variation. The members have managed to take the number one spot on Japan’s Recochoku Chart—which is also famous for its vast amount of downloads for ringtones—not with their Japanese version of their title track “Step” but with their Korean edition of the song.

Topping this chart is extraordinary as the song is in Korean and has reached number one while competing against Japanese artists. The Korean market seems to be influencing others around it and this has proven to be noteworthy.

Meanwhile, the group is scheduled to end their activities in Korea to begin their upcoming promotions for their new Japanese single, “Winter Magic,” which is set to be released in mid-October.