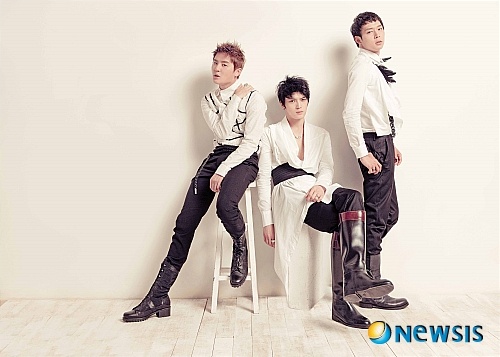 “Pierrot” was written and composed by JYJ member, Kim Jae Joong, and describes the emotions of frustration and anger against someone who attempts to control others. The lyrics that KBS specifically found inappropriate were the line, “There is nothing before money for you, who are a complete ‘pro,’ absolutely P.S.M.” KBS interpreted “P.S.M.” as the initials for “President Soo Man” and claimed that the song was a personal attack against Lee Soo Man. The television station deemed the song inappropriate for broadcast.

Representatives of JYJ responded, “The initials ‘P.S.M’ does not stand for any particular person. The song is meant to criticize general problems in society.”

On the other hand, “Pierrot” passed reviews by SBS and MBC. JYJ representatives stated, “In the case of SBS, they asked us directly if ‘P.S.M’ was a curse. KBS didn’t even listen to the explanation of the song and even brought in a individual person to the argument. We plan to put in a request for re-examination of the lyrics.”

They continued, “The initials ‘P.S.M’ does not have a specific meaning. Kim Jae Joong, along with other foreign musicians, was trying to describe ‘Professional Master’ or ‘PS. Master’.”

Kim Jae Joong also wrote on his Twitter account “Even though I haven’t slept for 33 hours I am curious about one thing. Who imagined ‘P’ as President? And the things that come after it?

KBS also deemed JYJ’s “Mission” inappropriate for broadcast for containing the lyrics “So f*ck off, no more talk.”

JYJ’s remaining songs in the album such as “Nine” and “In Heaven” were deemed eligible.