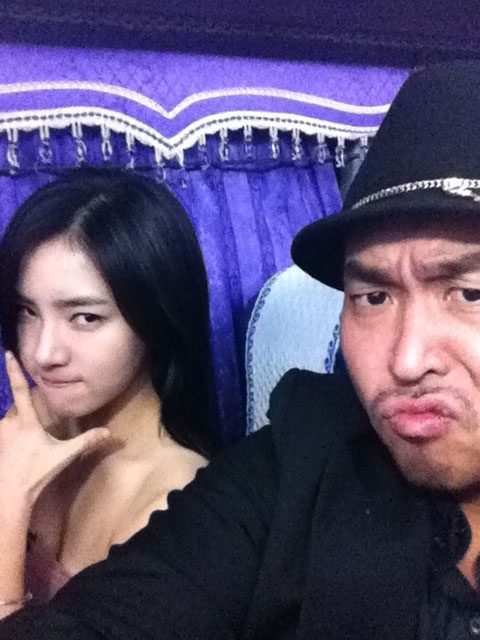 Gil of Leessang and actress Shin Se Kyung revealed a humorous picture togethe, and drew in the attention of netizens.

On October 1, Gil revealed the picture through his Twitter with a tweet “We’re a hip hop couple. Shinyonce and Jay-Gil. (I know, Beauty and the Beast fits more, okay? Are you happy now? Pft!).”

In the revealed picture, Gil is dressed down in a black attire with his face scrunched, giving it a humorous twist. As for Shin Se Kyung, her face showed none other than determination and signaled with her hand in what appears to be a symbolic hand sign of someone of hip hop, causing laughter amongst those who have seen the picture.

Shin Se Kyung recently took part in the recording for MBC variety program “Infinity Challenge” and is to partake in the “Hanamana Tour Season 3” as the replacement singer for Bada in the duet song “The Song I Can Only Sing,” which was originally a duet between Gil and Bada during the summer music festival special this past summer.

Gil
Leessang
Shin Se Kyung
How does this article make you feel?